Part one: the origin, that is, the founding of Tortharry

Chapter one: drums and violin 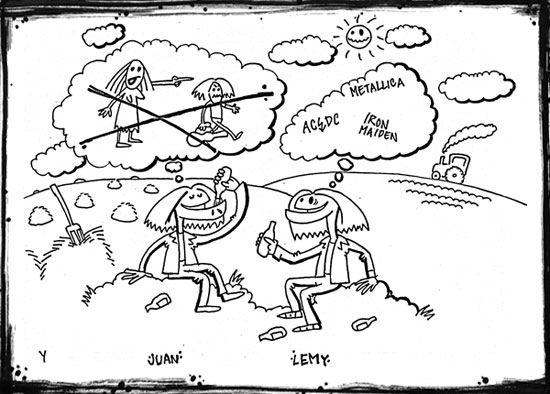 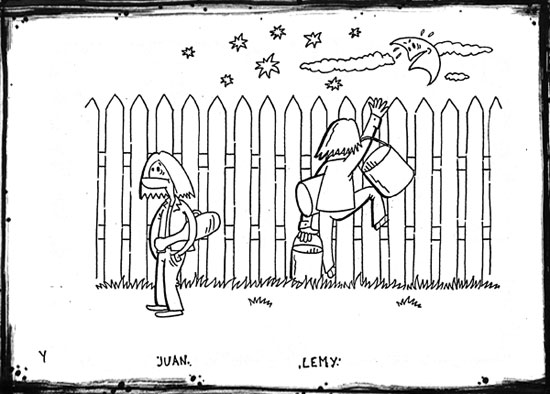 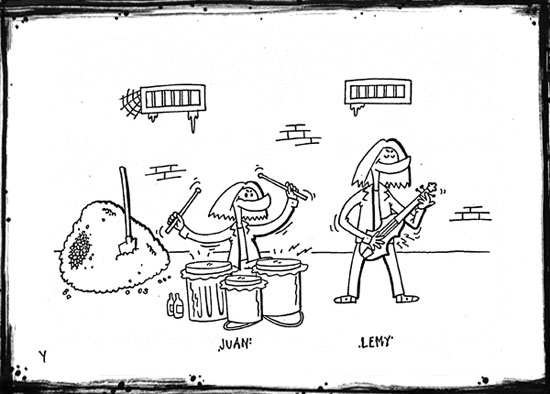 Chapter 1 - THE BIRTH, PUBERTY, BOOZE AND A FIRST DRUMKIT MADE OF BUCKETS AND A TRASHCAN

Some time around 1984, a gang of teenagers, yearning for the blasting sound of rock riffs, began to congregate in the small East Bohemian village of Velká Dřevíč, trying to figure out how to satisfy their rapidly growing musical urges. At this point, any chicks are still out of the picture, and so Juan and Martin (a.k.a. Lemy) are hanging out on a freshly fertilized field, beer in hand, thinking how to play it all out to become the megastars. So close to where Iron Maiden and Metallica are, only so little remains to be done…

Back to reality though: no cash, no other musicians nearby, parents don’t want to hear about it; simply put, everything is sideways. No point in crying about it though, with cards dealt like this, it’s time to relieve grandmas of some coin, loot some kick-ass buckets and pillage the local public swimming pool for at least one trashcan. Should be enough for a simple drumkit. Now, all that is needed is few meters of hard foil to wrap the buckets and the trashcan and onwards to the basement for come rocking. However, all must be done in utter secrecy, as Juan’s parents nourish a dream of him becoming a violin virtuoso, a maestro! Needles to say, Juan is of different opinion: “Martin, screw some fucking fiddles, I want to play rock”, says he while depositing the violin via a ballistic trajectory to the nearest basement corner.

The first rehearsals in Juan’s basement are highly unrestrained; the guys learning the rock way of life, epitomized by beer and peppermint liquor. Parents are pissed of course, still wanting Juan to take violin lessons. Their dream is however destined never to become a reality; traumatized, they begin withdrawing into the nearby mountains of Krkonoše, seeking peace of mind.

It takes one drop to make the proverbial cup overflow. When Juan was away at one point (either wandering the wild or on vacation; the record is not clear on this point), his friends took his brand new orange-pearly drums and repainted them menacingly black to make them more fitting to heavy metal. This turns out to be too much for the parents to handle, resulting in them moving to Krkonoše for good, somewhere near Benecko.

The first songs celebrate the local golden ale – the Olivětín brew – and the lyrics are getting a more concrete form, something along the lines of “O my sweet brewery…”

Editorial note: Since the fiddles became Juan’s nightmare, he was occasionally called “The Violinist”; a moniker he never really got rid of.