Part two: the professionals, that is, Tortharry marches onto the world

Chapter ten: Tortharry goes out into the world (episode one) 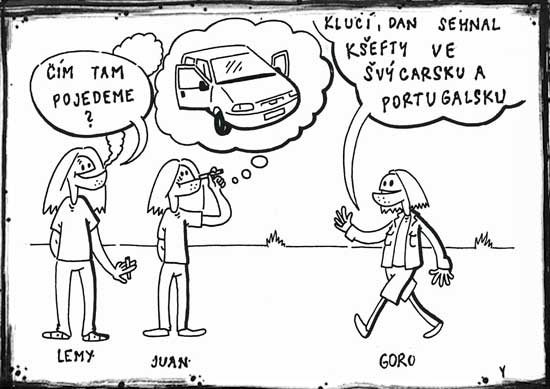 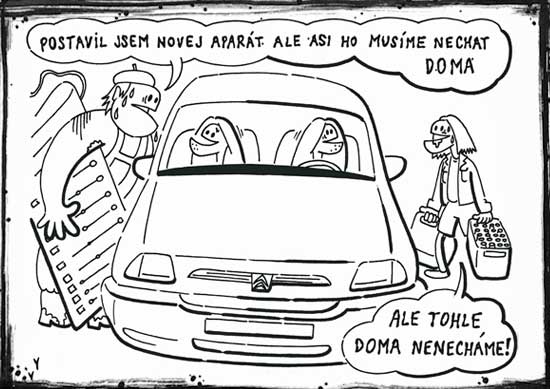 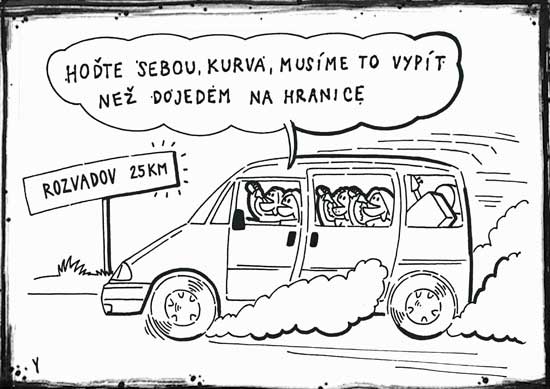 And now for the narration.

Chapter 10 - TORTHARRY GOES OUT INTO THE WORLD (episode one)

In 1996, Dan managed to arrange for Tortharry a show in Portugal, in the city of Penafiel near Porto. Since Dan studied there for one semester, it was not that big of a problem to get a gig in a land this far from Czech Republic.

But how to get there? Flying was not an option and the only vehicle available was Juan’s Citroen B5, which was then picked as the means of transportation. After filing up the trunk completely with beer, the guys embarked on a long journey across the entire Europe. There was lot of drinking involved as well as celebrations of the Czech football success on the 1996 EURO cup, where the Czech team ended second in the final. As soon as Tortharry crossed the Spanish-Portuguese border, Jarda, that is, Králík, decided to pass the time by shouting out loud the name of the Czech football played Karel Poborský, who in the aforementioned EURO cup scored the only goal in a quarterfinal match against Portugal, thereby assuring our victory. Well...suffice to say that Králík should have kept his mouth shut.