Part three: the festival, that is, how MetalGate came to be and how it all got together 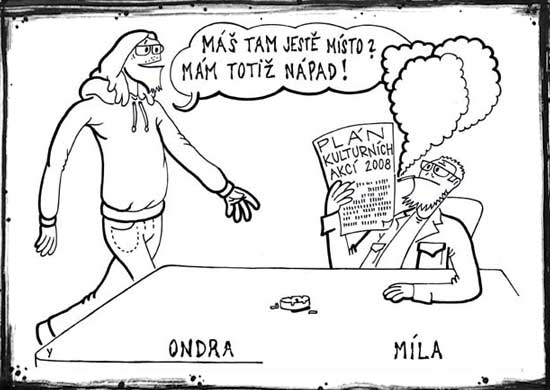 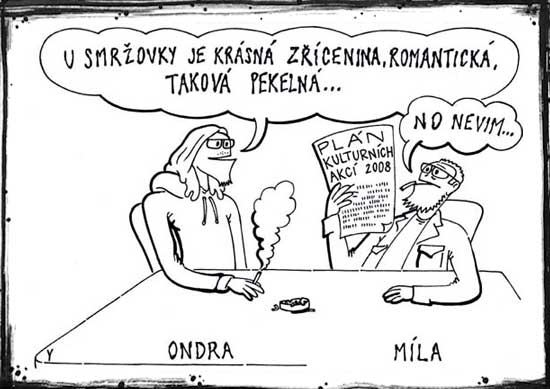 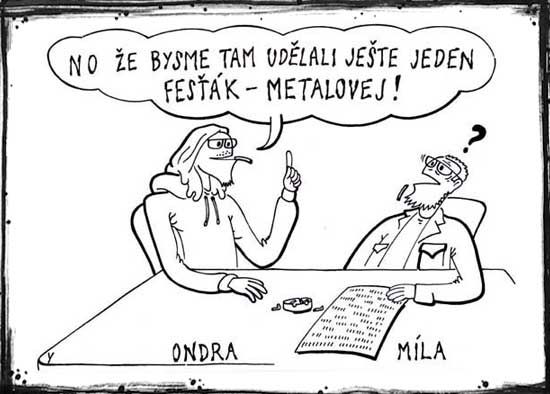 And now for the narration.

Around the time when Tortharry is flying to Brazil, a certain married couple returns home late one night, only to find out that, by the sound of things, someone is giving their hi-fi a run for its money. They do not panic however, as they are well aware of what is going on – their son Ondra came to visit and is listening to metal.

A week later, the father Míla, entrepreneur in the culture industry, sits in his study, thinking, and smoking heavily to stimulate his thoughts. What to come up with for next year to attract audience and make success? Ideas are scarce however. In fact, it is rather ways not to go that he can think of: no to a show of a pop music star, since he is a rocker and the fee would be astronomical; reject the invitation to make theatre performance in Cuba, as it is a bit shaky in there and besides, who would want to abstain from smoking for eight hours or more on the plane. Then perhaps, how about a series of theatre performances for children in some big shopping mall? Or how about releasing an album for the thirtieth anniversary of the local band Orkus?

But here comes Ondra with an idea. When he was visiting various festivals during summer, he also got to Eurion in a small town of Smržovka in Northern Bohemia, and found the romantic surroundings an interesting venue. Especially, given that ruin nearby, which would be great for a metal festival. So, he pitched the idea to his dad, who likes it as well and agrees. It seems that the base for a new metal festival is laid.