Dear friends, we are following up on the recently released vinyl split "UR" of the Czech tandem of the post-metal icon DROM and the alternative post-rockových veterans Tengri. Now, that this piece, majestic both music and visual-wise, is out, a logical question comes to mind as to how it is perceived by the artists involved themselves. And so, somewhat unsually, we asked ourselves, first the Prague-based side of this coin, Tengri.

Today, you can thus read the outcome of our talks, wherein we also discussed the music of Tengri as such, as well as their perception of the local scene. 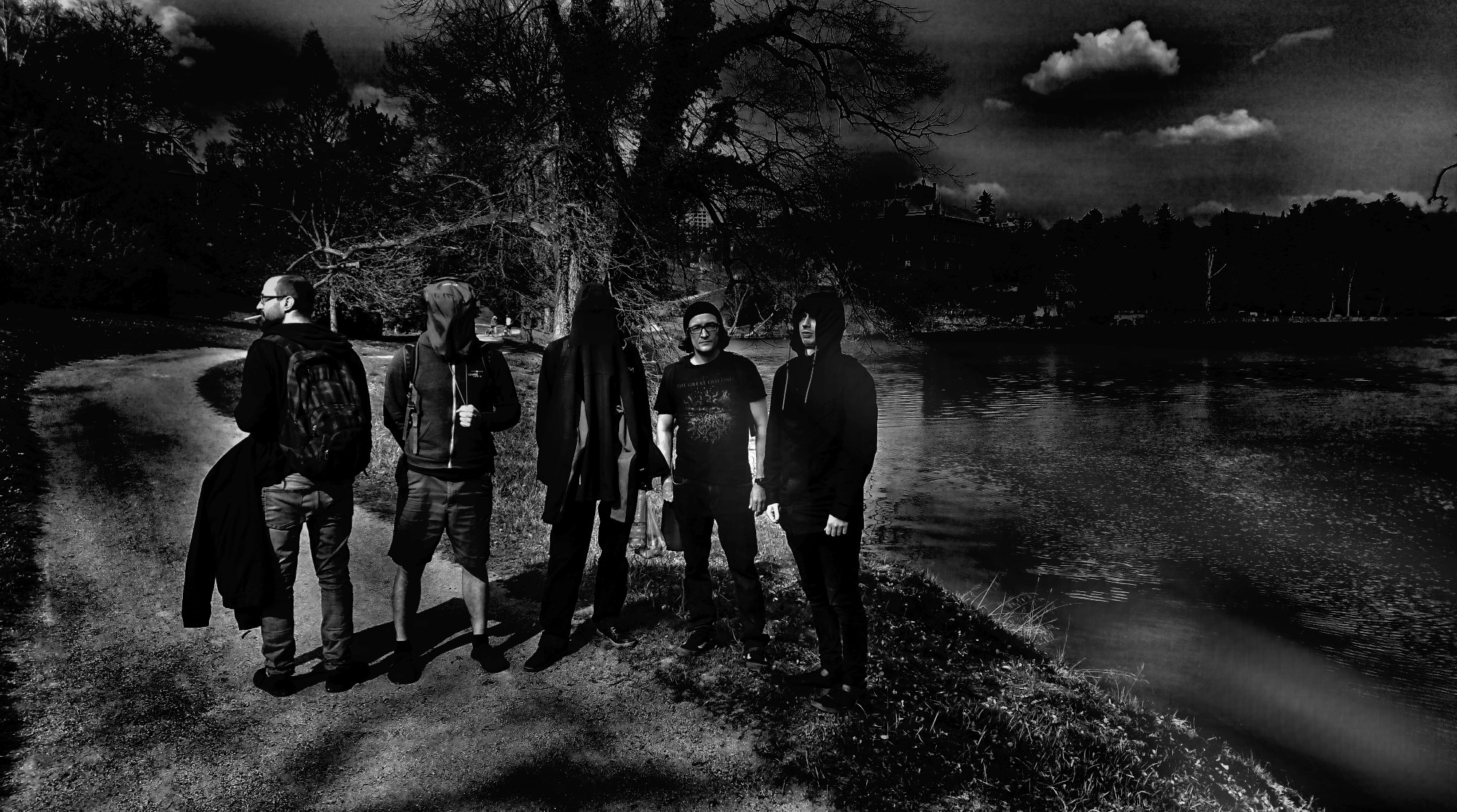 Tengri: The visual workmanship of our joint vinyl with Drom is truly awesome

The Prague-based Tengri are no doubt a distinct phenomenon of the Czech post-rock. Most recently, the band joined forces with their friends from Drom on a split album that was released late May by MetalGate Records. For Tengri it is a rather singular piece, if only by the fact that it is the first time they incorporated vocals into their music. For the occasion we talked with the Tengri guitarist Jarda about the release, their music, and the scene in general.

The split with Drom is out. How do you feel about it?

On our end it was a rather long road to the release of the split, and while on it, we once again learned something about ourselves, found out what we are not really good at, as well as on the other hand, where are strengths lie. In either case, the whole process was filled with delight and joy of creation. The release itself also brought a degree of satisfaction and the feeling of clearing things off the table so to speak.

Drom are your friends… In general, do you feel rivalry on the scene, or is it friendship? Are there any other bands you have the same rapport with?

Beside friendship and loads of great, not only musical, adventures, our affiliation with Drom is also one of similar view and approach to many things, wherein something like rivalry is rather absurd. Fortunately, our “scene” stems from similar principles and values, so you get a strong sense of belonging, of equality and authenticity. Bands and/or people that feel as we do are plenty, such as Nulajednanulanula, Le Bain de Maid, Zmar or Hadem pro mého Munga to name a few.

The UR vinyl release is indeed an eye candy. Would you say this is the way of getting physical releases to people in today’s digital age?

The visual workmanship of the vinyl is truly awesome and brilliantly corresponds with the depth and atmosphere that we feel from this piece. If this is how to get physical releases to people, we do not know. We are well aware of the times and of how things are. We have neither the ambitions of making money from our music, nor the need to address crowds of listeners. So, despite the excellent promo by MetalGate, we still think this vinyl will find its way into collections of only a few “initiates”. This freedom however allows us to make things as we see fit, while not really worry about something that may have not turned out as planned.

You used vocals for the first time… Why?

We wanted to have vocals from the beginning, but we ran into practical issues, such as none of us having the vocal capacity, while playing guitar at the same time. On the split itself, it is thus more less an experiment. It is possible that we will use vocals more often in the future, but we will see.

Any plans for a proper full-length?

We would like to record a full-length this year. We are gradually putting together the material and are looking forward to it. The new stuff represents new emotions and new challenges, so we need to capture them while they are pure.

How would you assess the Czech post-rock fandom?

Judging by the attendance of our gigs, the fandom seems very narrow. That said, we are a small band that invests but a bare minimum to promotion, so it is mor likely the promoters of bigger bands and shows, who should be able to answer this question. Nevertheless, we are not complaining at all. We will enjoy a show no matter if we are performing for two people or a hundred. The music is alive when someone plays it, regardless of who, if anyone, listens. 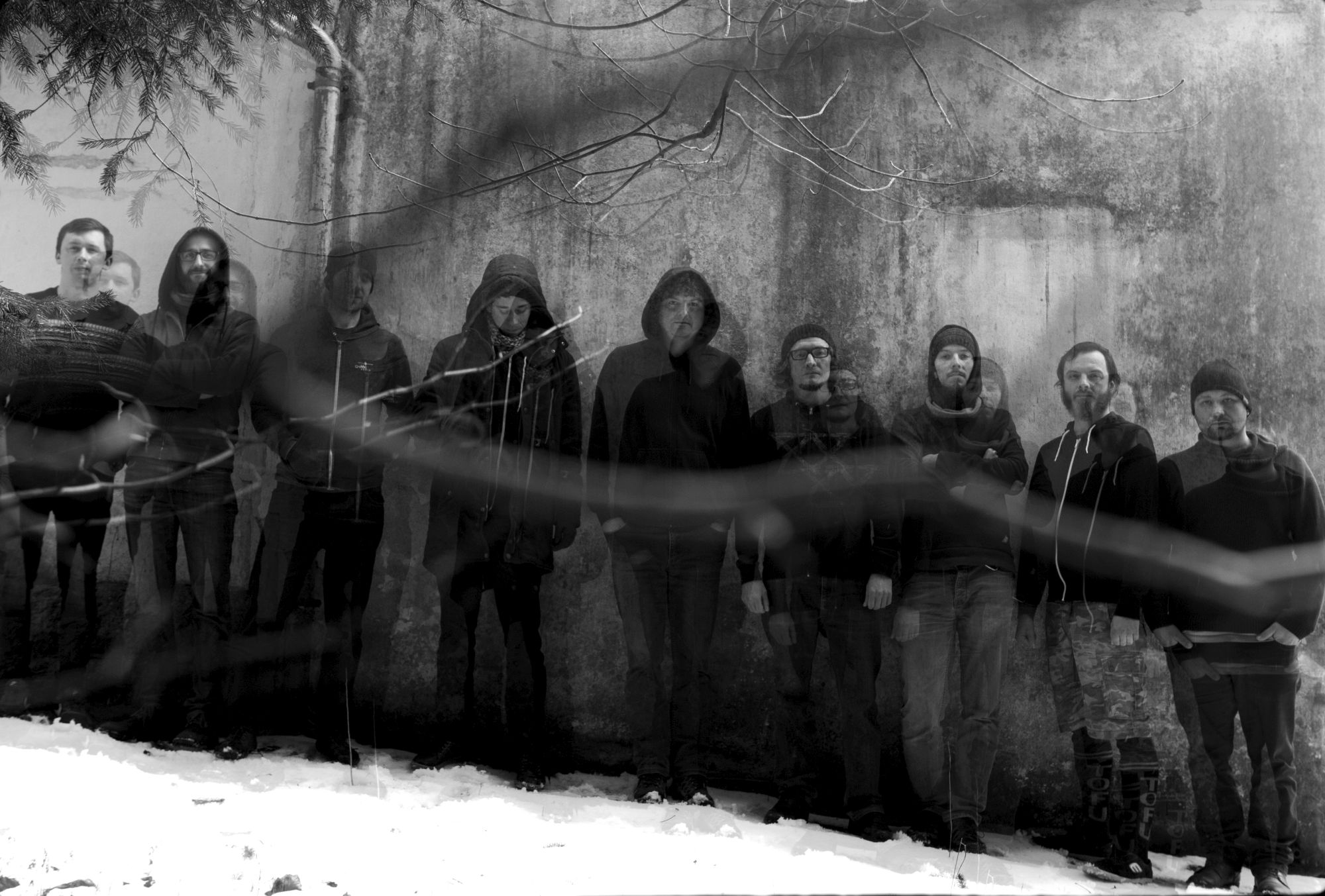 The music on the split requires a full attention from the listener. Are people today still capable of stopping and delving beneath the surface of music?

The music that we do is, among other things, a mirror of our inner needs. To stop and just contemplate, to perceive and feel is more and more difficult given the current state of things in a world overflowing with information. You could say that our music is the answer to the call of such needs.

You yourself said that you are not that skilled musicians. In your case it is in my opinion more important to get emotions into the music. Do you agree?

Yes indeed. You do not need any great skill to play what we play. We are a testament to that. On the other hand, it is never a bad thing to have the skill as a failsafe of sorts, which in a way allows you to enjoy the music more. Where it becomes a problem is when the technical side limits your songwriting, so then you must make compromises and ease up on your demands, which makes the music suffer. In our case there is surely a space for improvement in this regard.

And then there is the atmosphere… Is it important for you?

Atmosphere in music can mean several things. Everyone perceives and experiences it differently. What is vital here is the setup of one’s mind and the degree to which both the musician and the listener are able to devote themselves to the music, as well as how deep they are able to delve into it. Our strongest moments are definitely those, when we are totally committed to the sound, letting it flow through us with no inhibitions.