Dear friends, our first release for 2020 is here, for today the second full-length "Flame of Rebellion" of the Czech death/black metal horde Purnama comes officially out in jewel case with sleeve format! Order now on MetalGate e-shop! 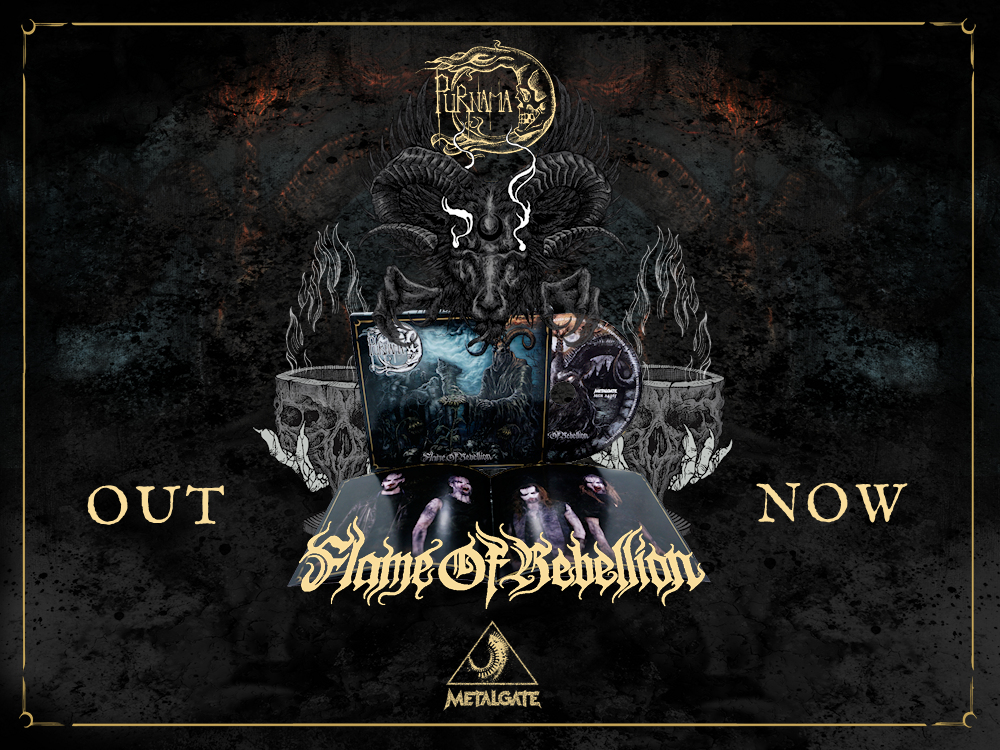 Dear friends, ladies and gentlemen, warriors! The day that you all long waited for has come. For today marks the release of “Flame of Rebellion”, the impatiently expected second full-length of the Czech death/black metal horde PURNAMA! Established in 2011, the band has been quickly gaining recognition in recent years, so nowadays you would hardly find around here a fan of the subgenre in question who have not at least heard about them. What makes PURNAMA a true phenomenon is a singular bond the band has with its fans (who aptly call themselves the warriors), whose ranks swelled as a result of the band’s live shows and of their philanthropic project Metal for Hope, but also thanks to their debut album “Lioness” (2017) that is now getting its successor. The qualities of PURNAMA can apropos be deduced from their recent triumph in sixth installment of the Spark Fresh Blood contest, wherein they clashed with 500 other bands and came in first.

Back to the recordings though. Two years stand between the “Lioness” and the “Flame of Rebellion”; two years of hard work that truly show, both in terms of the band as such and of course in term of the final form of the “Flame of Rebellion”. PURNAMA saw to it that no detail was overlooked, as well as that each part relates to the others, complementing them in creating a complex whole, which gives “Flame of Rebellion” thus more maturity than in case of its predecessor. Admittedly, integral to achieving such an outcome was, in addition to the band’s own hard-working ethos, the involvement of two masters of the field. The first one is Dan Friml, an acclaimed local producer and musician, who beside his own band Mean Messiah runs a successful studio The Barn, where all the recording sessions took place. The second ace is Anders Allhage, a.k.a. Andy LaRocque, a famed guitarist of the King Diamond outfit and owner of the Sonic Train Studios in Varberg, Sweden, wherein the new album was mixed and mastered. It should be no surprise that all involved are more than satisfied with the final sound of the piece.

Check out for yourself as usual, as we are streaming the album in full on our YouTube channel.

The visual side of the album was handled with the exact same thoroughness. The band commissioned the Indonesian illustrator M. Luth Slaughter, who created the album frontcover, combining drawing by hand and digital coloring. He also infused the artwork with plenty of motifs and references to all the thematic areas that PURNAMA is covering on the album, with the dominant ones being freedom, resistance, the ability to overcome all ills of fate and respect for nature.

PURNAMA has thus crafted a piece that has reached true heights, being a very compact album that holds fast together. Beyond every tone, every note are hours of work that was always carried out in 100% manner, precisely in accordance with the philosophy of the band. And such an album certainly deserves your full attention not only on your home stereo, but also live! Of course, PURNAMA will be touring to promote “Flame of Rebellion”, starting on close to home in Liberec with a release show on January 25., and then moving on far and wide. So, keep an eye on the band channels so that you do not miss them.