Dear friends, today is set against an alternative post-rock backdrop, since it is the official release day of "Kontinuum", the third full-length by the Czech ambience makers Tengri in a delightful vinyl incarnation no less! Order now on MetalGate e-shop! 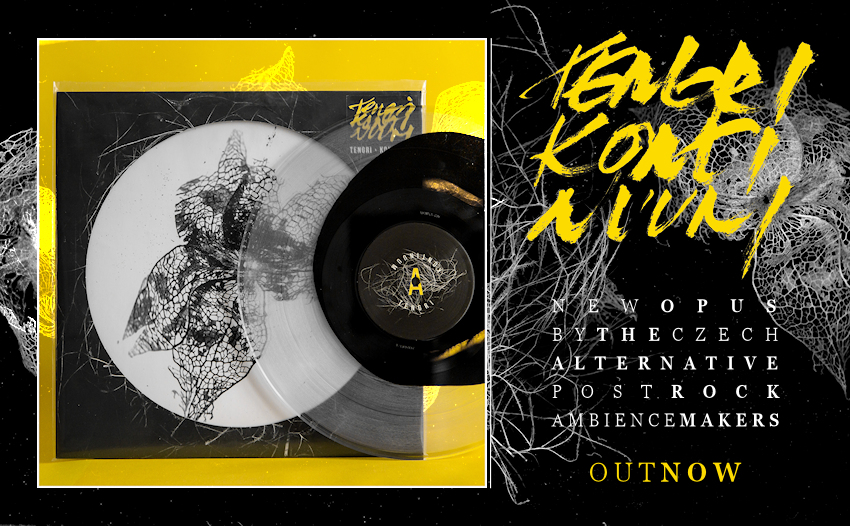 A vinyl compelling both musically and visually by Tengri! The Kontinuum has arrived

If you fancy alternative rock music, which prides itself on atmosphere and emotions, you should not miss out on the brand-new full-length by the Prague-based act Tengri. These seasoned post-rock musicians recorded an introspective piece, which they see as a reflection of their own lives in recent years. Entitled Kontinuum, the album is coming out now under MetalGate Records in a beautiful vinyl format that stands as an attractive collectible!

“The vinyl is made as color-in-color rendition, specifically in a combination of ultra-clear and black, with each disk having its own unique pattern,” says Ondřej Šmejkal from MetalGate. The album art was made by Marie Fišerová who brought to the table a minimalist artwork of monochromatic objects and still life, making it a perfect symbiosis with the music of Tengri, which in fact was already proven two years ago in case of the split album Ur.

The new album follows up on the split with Drom also music-wise, though this time there are no vocals. Kontinuum is purely instrumental, with the role of vocals being taken more or less by the violin. “While listening, each fan can thus fill in the lyrics according to their own momentary experience,” says the bass guitarist Martin and ads: “We tried out vocals on the split with Drom, and though they are not on our new LP, it does not mean they cannot reappear on some future albums of ours. We shall see where out musical journey takes us.”

You can in fact hear the qualities of “Kontinuum” yourself, as we are stream the album in full on our YouTube channel as usual

In total, the album contains four compositions – Bez minulosti, Bez budoucnosti, Vědomě and V přítomnosti. Tengri recorded those in their home studio with the goal being to achieve the same sound the band has on live shows, so that all four tracks are as authentic as possible. “Kontinuum has a colorful atmosphere. Some passages are somber, others more melancholic or dreamy. Of course, we would be delighted if the album invokes in its listeners some emotion or a state of mind,” concludes Martin.