Dear friends and all afficionados of the metal esthetic in particular, today marks the official release of the Czech edition of the next volume of the exquisite art series "Masterpieces" by the British publishing house Heavy Music Artwork, which offers the best metal artworks, this time from 2019! 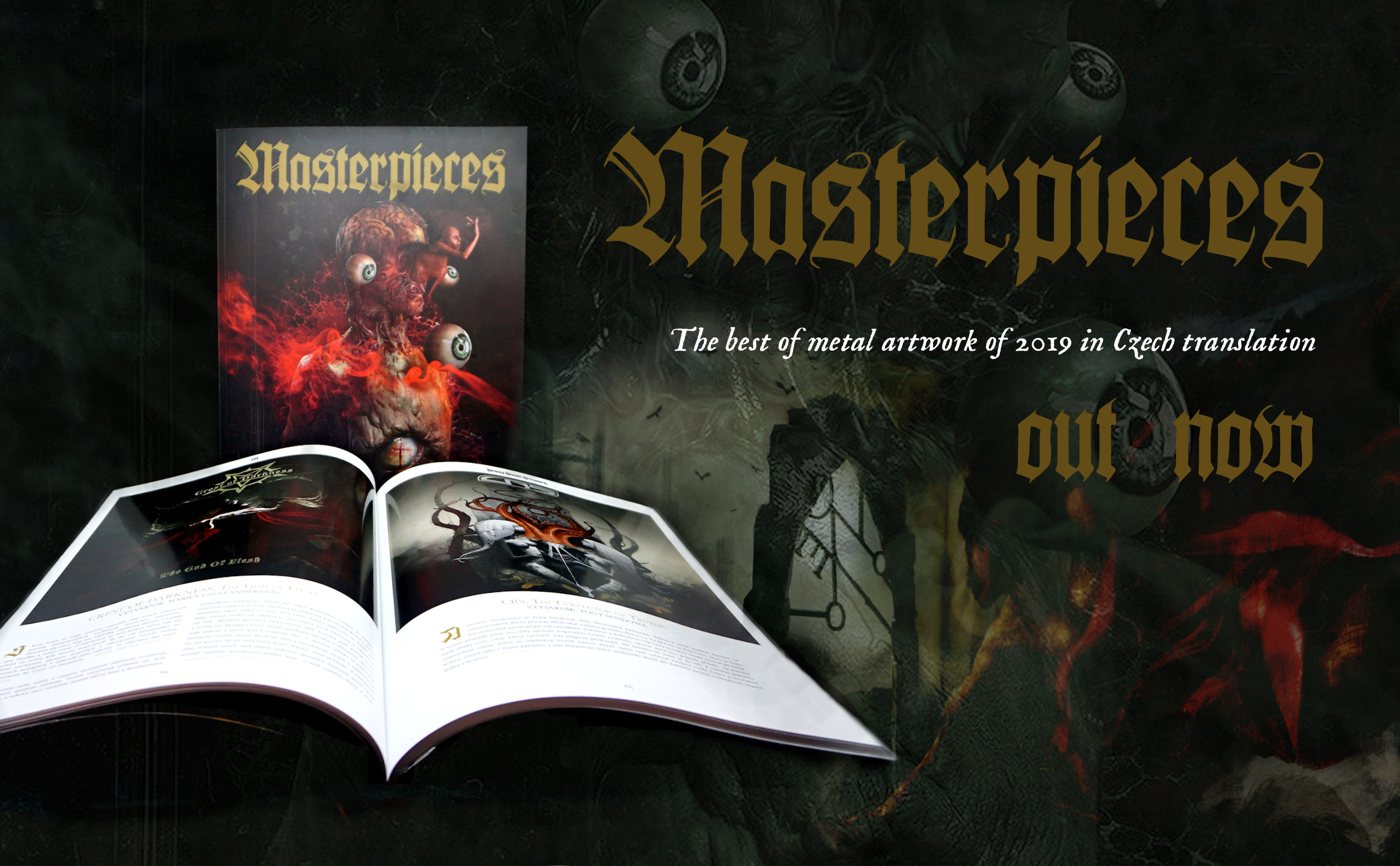 In case of each artwork, you can also learn details about its creation, either from the author himself, or from the band for which it was made.

The Czech edition is published in A4 paperback format with fullcolor print on matt coated paper.

A feast for metal eyes! The exquisite artbook Masterpieces 2019 is out now

A book, which one can hardly get away from. A book that is a treat for the eyes, as well as the soul. Such are the words with which the Prague-based publisher MetalGate introduces their latest release Masterpieces 2019. As the name suggests, it is another installment of the praised series by the British publisher Heavy Music Artwork, which focuses on the finest metal artwork.

“Some time ago, we published for the local scene Masterpieces 2018 artbook, and the feedback was great. The readers appreciated the rigorous form of the title, which of course carries over to the 2019 installment. It is a beautiful collectors item that will grace any metal library,” says Ondřej Šmejkal from MetalGate.

The book features seven chapters/galleries with the very first one being the best metal artwork of 2019. This title went to the legendary Dream Theater and their Distance Over Time full-length, the artwork of which was authored by the Canadian artist Hugh Syme. “The scope of this multiple holder of the Juno Award for best album graphics and design is truly impressive with commissions for such names as Rush, Aerosmith, Megadeth, Iron Maiden, Alice Cooper, Whitesnake, Def Leppard or Queensrÿche,” adds Ondřej Šmejkal.

The second gallery is called Master Artist and presents such a visual artist, who within the year in question created a truly outstanding portfolio of frontcovers that received a well-deserved high acclaim. This title in 2019 was claimed by the German artist known under the moniker Misanthropic-Art, whose clients include over 700 bands (including Dismember, Behemoth, Asphyx, Primordial, Uada, Kampfar nebo Pig Destroyer).

Another acclaimed figure is Brent Elliot White, who reigns over the third gallery called Influential Artist. The next chapter, Honorary Artist, is the showcase of such a visual artist, whose talent merits a special recognition, so much so that his work is presented not only in a separate section of the book, but also on the cover of Masterpieces itself, with SaberCore being the holder of this honor for 2019. The fifth gallery presents the Highlight Artist, namely Caelan Stokkermans, while the sixth one focuses on Best Boxset, a title which went to the double album War & Peace by Demon Hunter, with artwork by Ryan Clark.

Then there is the final gallery that indeed takes us though all the various metal subgenres. It is called 100 Artists with 100 Bands on 100 Releases, and it is the core of the whole book, showcasing impressive cover artworks from bands such as In Flames, Rotting Christ, Slipknot, Municipal Waste, Hate, Swallow the Sun, Born of Osiris or Within Temptation.

This title is released only for the Czech and Slovak markets. To buy the original English version, please visit the store of Heavy Music Artwork.