Dear friends, and all fans of the classical hard & heavy in particular, the moment is here! Today marks the official release of the Czech translation of "Ronnie James Dio: A Biography of a Heavy Metal Icon" by James Curl that maps the six decades of the musical career of this little big man with a legendary voice. Available now on MetalGate e-shop! 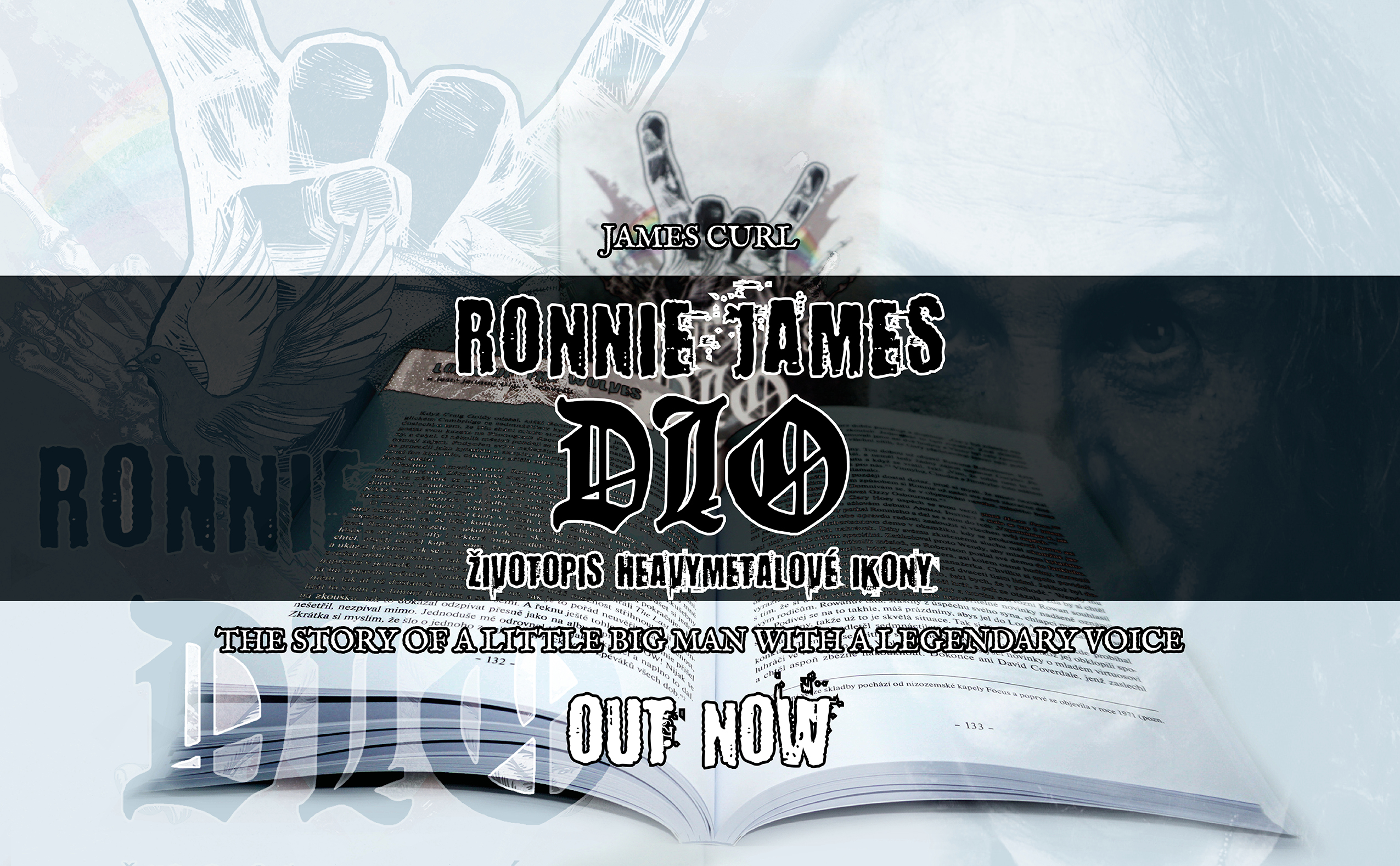 Although the Prague-based label and publisher MetalGate focuses mainly on books about extreme metal, they bring to the table this time a true rock/metal classic. The volume with the straightforward title Ronnie James Dio: A Biography of a Heavy Metal Icon enters the local scene in Czech translation! Gear up for the thrilling life journey of the man, who made music history with Rainbow, Black Sabbath and Dio.

This unofficial biography was penned by the American writer James Curl, who also authored for example the story of the band Dokken (published last year). Curl spent 16 months mapping the life of the legendary vocalist: “After Ronnie's passing, I waited years for someone to write a book about him. Every so often I would hear rumors online about an upcoming biography, but nothing ever surfaced. Having previously written two biographies on former heavyweight champions, I finally got fed up waiting and said, ‘To hell with it, I'll do it myself.’ And so, my rock 'n' roll journey began.”

The original version of the book was published three years ago, eventually making its way into the hands of the translator Aleš Ondráček, who reckoned that it should be made available to Dio's Czech fandom as well. In comparison, the Czech translation comes with a different typeset by Tomáš F. Hanzl, as well as a new cover by Ondřej Šmejkal. Beside the biography itself, the book also contains a detailed discography and plenty of photos.

Its foreword was penned by the bassist Jeff Pilson, who recorded several albums with Dio, but is also known from bands such as Dokken or Foreigner.

Ronnie James Dio passed in 2010. He was, without any doubt, one of the leading exponents of hard rock and heavy metal. His first wider recognition came with his involvement with the band Elf, though his real breakthrough came, when the guitarist Ritchie Blackmore of Deep Purple asked Dio to join his new project. Thus, Rainbow was born, with which Dio recorded three spectacular albums. Then, he joined the ranks of Black Sabbath, making his debut there on the immortal monument Heaven & Hell. After the equally excellent Mob Rules full-length, Dio began building his solo career, starting with yet another all-time classic Holy Diver. And though his career had its lows here and there, Dio remains a true icon to all fans that lost nothing of its charm. Rightfully so.

That is not all, however. For this occasion, we assembled also on our e-shop a special selection from Dio's musical career, from Rainbow, over Black Sabbath, to his solo albums, in case you need to complete your collection. Available here.