Dear friends, a while ago we brought you an interview with the Prague-based alternative post-rock veterans Tengri (not only) about the new split album, so it is warranted that we add also the Liberec-based post-metal icon DROM, as the other side of the same coin in the context of "UR".

Of course, our talks did not end with the current happenings. There was retrospective also, as well as the contemplation of where Drom will venture next. 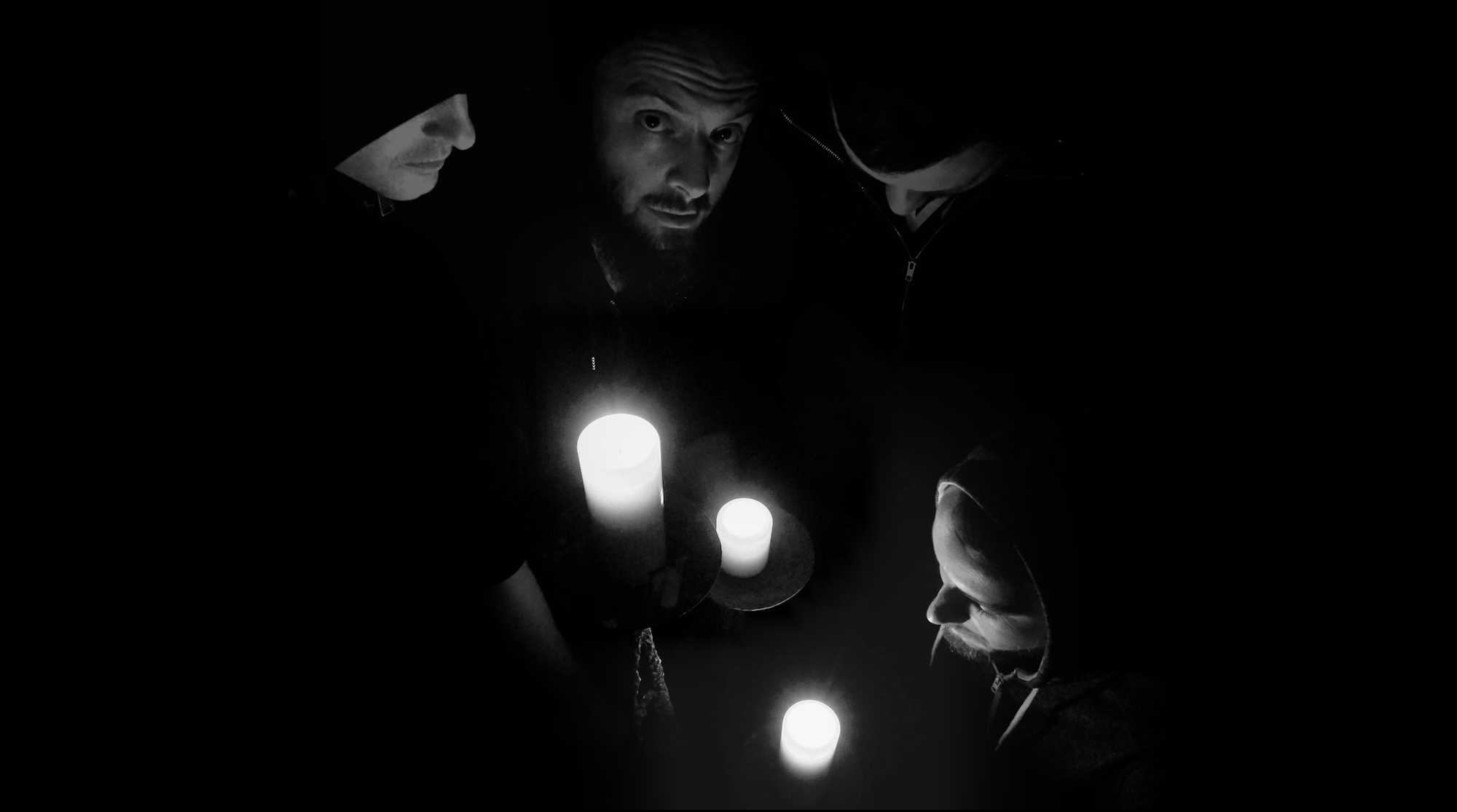 Drom: The whole band is conducted by cosmos and by the gushes of dopamine, serotonin, and adrenaline

Their status is as one of the most interesting acts on the Czech heavy music scene. Their every new album is eagerly expected, as was also the case of the most recent split release with Tengri. We talked with DROM about their latest pieces, about their future plans, as well as of some things of the past.

Two years passed since your last full-length, so a fan might expect another. You however decided to go with a split album with Tengri. Does that mean that a new full-length is still far away, or is this its vanguard so to speak?

Charlie: I consider the split with Tengri as a preparation for our next full-length. A chance to try out a new concept on a smaller scale before moving on to the big canvas. Besides, every moment spent in a studio or composing means tons of new experiences. It makes us move forward, though the steps are not that distinct as between the first and second album.

Vladik: Releasing a full-length every two years is now an overkill for us. It takes us longer than before to finish an album, as we are more attentive to details and aim at having the album 100 % complete, so that even years later we could say that we would change nothing. It takes about two years just to figure out the songs, as well as the album concept, lyrics and all the other things related, and to compose and rehearse it all so that all goes well in the studio. Then the production itself takes further time, loads of time, as it entails booking a studio, recording sessions, mixing, mastering, and manufacturing. And as we are starting to have families of our own, we on the contrary have less and less time to spare. We were pushing our first recordings out there as fast as possible, because back then we had a creative overflow and needed to get our music to the people quickly and start playing gigs.

Charlie: That the guys are having families impact more the number of our live appearances. When it comes to studio work, our pace is good in the last two three years. One full-length and three split albums. That is a solid outcome. There is still more than enough music inside of us and we are not afraid to explore new territories. So, there will be another full-length. It will just take its time, exactly as it deserves.

The last full-length "Tady bůh není!" gained widespread acclaim. In hindsight, how do you explain it?

Charlie: The album work with a theme that resonates strongly in our social bubble. And it is important for us as well. We thus approached the album with proper care and humility. In a world, where racism does not exist and police brutality is a media hoax, it was of extreme significance for us. I would thus like to thank everyone, who battles against the human stupidity. Your resolve restores my faith in society.

Vladik: To begin with, we are glad that you consider the album successful. It is for certain a piece that we dedicated the greatest care to, from songwriting and lyrics to layout and design. That said, we cannot say that its success in charts or with critics had significantly boosted its sales.

Charlie: It was not bad for the second most useless band in the world. Moreover, the sales of our albums are rather tied with how often we play live, so it is in fact in our hands.

Back then you even scored better than Master’s Hammer in the Břitva Awards and won the album of the year category. Did it mean anything to you? And how do you perceive such awards in general?

Vladik: We are honored by the appraisal. It is pleasant when you get it from people from the “inside”. But as was mentioned before, it meant no key turning point for the band.

Charlie: When I was 15, my parents did not want to buy me a guitar for my birthday, because they thought that I will throw it away after half a year. 20 years later, me and my band won the Album of the Year award. It means nothing. Music is not a contest. But life is something like an RPG, so we can say quest done and move on to the next one. The way to New Reno will be bloody long indeed. I certainly dig this encounter with the Jilemnice occultist.

The split album "UR" was released by MetalGate Records, the same label as in case of the previous split with Blues For The Redsun. Does it mean you are satisfied with them?

Vladik: We are, but what comes next is in the stars. We want to dive into our next full-length, but we still need to discuss how we will release it.

Charlie: We are however certainly grateful for the support we get, especially from Ondra Šmejkal. We have a weakness for people who are involved in music with all their heart.

What does "UR" mean?

Charlie: Ur is the name of the first known continent on this planet. It is the beginning of everything. The origin point to which we now turn as a band. The subject matter for us is Man, his existence, and his relations with other Men. Besides that, Ur has some other meanings, same as Drom. We have been playing with symbols and their meanings for a while now. Nothing is black and white, the thought is stronger than matter and one must be mindful to what goes on around him. 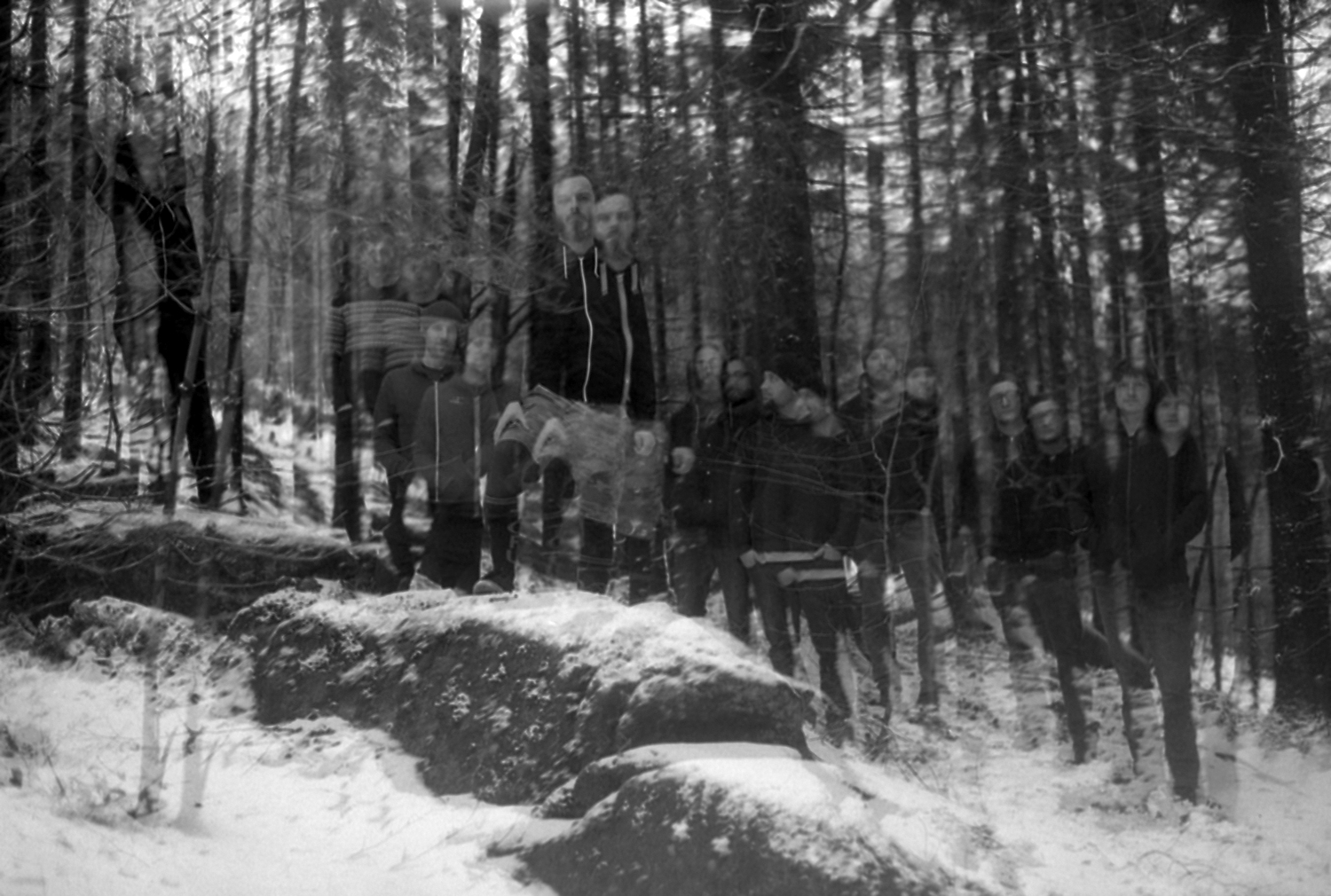 Every band rests on the symbiosis of its members, as each one brings something unique into the fold. What musical tastes intertwine in Drom?

Vrablo: All of them. There are even some, who listen to reggae.

Vladik: Right indeed. I for example have no problem to listen in a succession to Floexe, Daughters and Primitive Man.

Charlie: I love music that is authentic, honest, and gnawed to the bone. And when it has all this, I can listen to anything from rap to black metal. And my Beatles are called Neurosis.

By the way, you are labeled as post-metal, post-rock, post-HC, alternative… How do you yourselves feel it? And do you even care about such categories?

Vrablo: We do not. We simply grab our guitars, and what comes out, comes out.

Charlie: This whole band is conducted by cosmos and by the gushes of dopamine, serotonin, and adrenalin.

Given that your albums are released on vinyls, I assume that this format is closed to your heart. What makes LP unique for you? And are you yourselves collectors of vinyls?

Vrablo: No other format makes sense today, perhaps except for MC. I do have a gramophone, but I am not a collector. It is terribly expensive.

Vladik: What makes vinyl unique was said many times over – a huge surface for artwork – a huge space to give the music a physical form.

Charlie: Vinyl is a dress code. When you get into hockey play-offs, you also stop shaving your beard. It is an unwritten rule. I know of no hardcore band without a vinyl release.

I like that you talk about your music as one that “is not for quick consumption”. The question then is, if today’s fan of heavy music is able to give it a concentrated listen. If there are still people that will sit down and listen to an album with attention. What do you think?

Vrablo: Definitely yes. The question is if you can listen attentively while washing the dishes for example. But there are people, who can do more things simultaneously.

Charlie: It is a paradox, but hardcore and metal are a good way of how to pause and take a breather in this one-click instant era.