Dear friends, yesterday Ceny Břitva announced award recipients for 2018, and we will not lie that the results brought us more than a pleasant surprise: 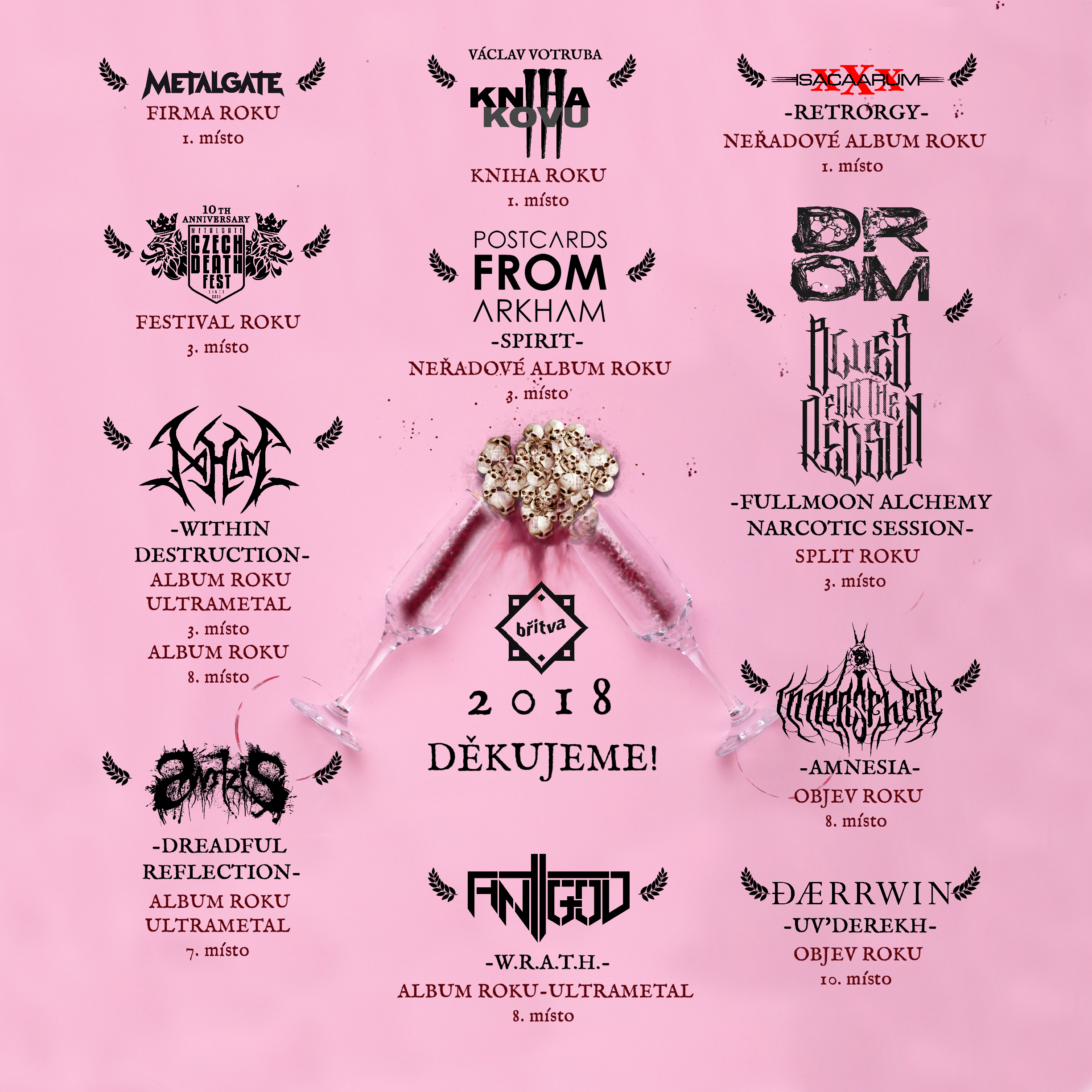 We would hereby like to thank all the publicists, who voted either for us, for MGCDF, or for our releases. At the same time we thank, salute and congratulate all artists signed under us, as well as the whole organizing team of our/your Czech metal feast!

Last but not least, a big thanks to all our fans! As without your continued support, we would not get this far.

Thank you once again and may our march continue!